The Melmac Penis Envy is a variant of the famous Penis Envy strain. This Magic Mushroom is a mutation created by a company called Homestead. While there are some physical similarities such as the size and ratio of the stem and caps to the original Penis Envy, this new breed is more alien like. The stems tend to be more deformed and the caps have wavy edges. Also the overall size of these mushrooms tend to be bigger than the original but potency remains similar. Do not under estimate the Melmac as it is an extremely potent mushroom. It is not recommended for first time users and can easily surprise even the most experienced shroomers. Users will experience intense visuals and incredible euphoria. The high is also very uplifting and energetic.

History of the Melmac Penis Envy

Melmac Penis Envy is a mutated version of the original Penis Envy discovered in the Amazon rain forest. A company called Homestead located in the Pacific North West began experimenting with Penis Envy magic mushrooms. After many cultures, Homestead produced a monstrous mutation that they decided to call Melmac Penis Envy. The company then sold prints of this mutation throughout the 80s before their disappearance. In recent times, this strain began resurfacing among shroom lovers.

Effects of the Melmac Penis Envy

Melmac Penis Envy is not recommended for first-timers because of its high potency. Users can expect similar potency compared to the original Penis Envy. It is said that this strain can be two to three times as potent when stacking up against other Psilocybe Cubensis. It offers very intense visuals and mind blowing euphoria. At lower dosages, the high is very uplifting and energetic. The effects enlarge your creativity and original thoughts. In addition, it improves social behaviour and good feelings. You’ll get visual hallucinations with either your eyes closed or open. Visuals will include, shape and colour variations, as well as fractals and forms.

Only logged in customers who have purchased this product may leave a review. 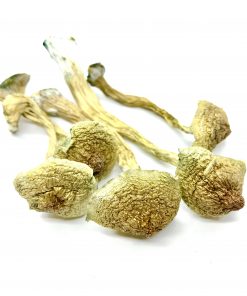